After a supposed feud between Rufftown Records signees, Wendy Shay and Fantana, it seems ‘sanity’ has been restored in their camp between the two singers.

The media highlighted an acrimony between which was heightened when the two shunned each other during the premiere of Becca’s ‘Yes I Do’ music video which featured Nigeria’s, Tiwa Savage.

There were other instances during which Fantana dropped hints that she was not cool with Wendy Shay in most of her interviews. But from what we saw recently, Fantana has smoked the peace pipe with her rival.

It all happened after Fantana posted a photo of herself on Instagram with the caption; “FANTANA!

Fantana then replied with love emojis after calling her label mate, sister.

Observe the screenshot below!

Born Francine Nyanko Koffi, Fantana a few days ago alleged that Bullet and Wendy Shay bullied her at the label. Fantana, before Sunday’s drama unfolded, had revealed in an interview with Dr Pounds on Hitz Gallery on Hitz FM Friday that Wendy Shay was not her friend. 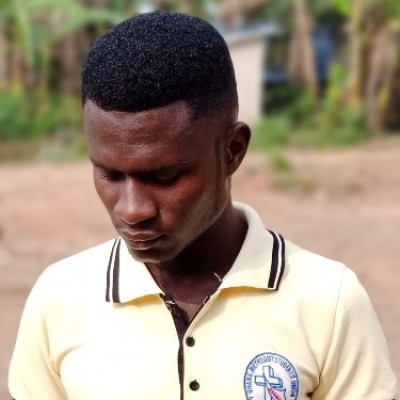 Surprise
0 0 %
Related Topics:FantanaWendy ShayWendy Shay And Fantana Finally Settle Their Differences
Up Next

Stonebwoy Defends Shatta Wale For Failing To Appear In Court

Another trending V!deo is now bang online between a trotro driver and a lady from Kumasi called “Monalisa”. The video was tr3nd online after the incident occurs. Grab a copy.

When it comes to music Ghana Sean Paul is far better than all kumawood actors and Ghanaian comedians as a whole – Sakola Virgen reveals.

Furthermore, he concluded by saying his type of raping is a threat to the main stream rappers and Ghanaian show look forward to hear more from this comedian. He also ended by praising the featured artist on the song “Kulme Star” being the best of laying massive chorus to make the song special.

Grab a copy of Gh Sean Paul Song titled On My Way Featuring Kulme Star. Below is the song.

A lady invoke curses Musician keche Andrew with eggs on a road after she realised her nãk3d pictures was l3ak3d by him.

The lady in the video is called “Adwoa Spendilove” an alleged ex girlfriend of keche Andrew. According to the lady she narrates that, when she was with Andrew she snapped some nãk3d pictures to Andrew but now they are not dating anymore and the pictures are l3àked. She serious claimed that ,Keche intentionally did that and must pay for it, That’s why is throwing curses on him.